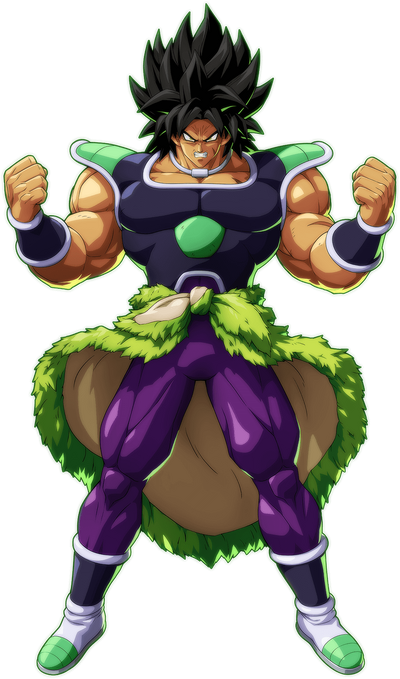 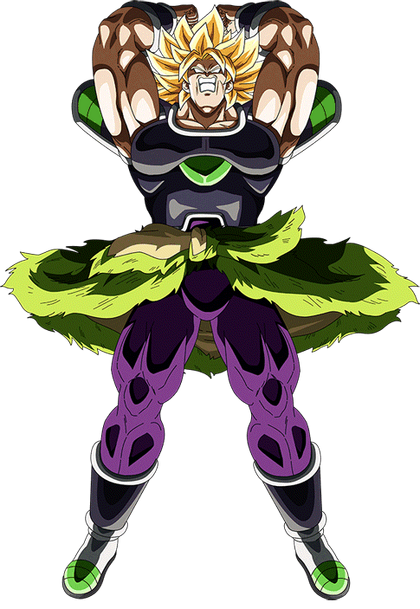 Broly is an elite Saiyan who was born with an extraordinary potential for power. His abnormal power shocked King Vegeta and he exiled Broly to planet Vampa, fearing that he might one day not only challenge his son for the throne, but also become a danger to the universe itself. However, after a long wait of 41 years, Broly was rescued by Chirai and Lemo, who worked for Frieza at that time. Because of his father's wishes to take revenge, Broly was forced to fight Goku and Vegeta.

Powers and Abilities: Master Martial Artist, Superhuman Physical Characteristics, Ki Manipulation (Can be used defensively and offensively, to strengthen his skin or to fire ki blasts, which can home in on targets, and form defensive barriers), Ki Sensing (Can locate others by reading their ki), Enhanced Senses (Saiyans have exceptional senses, allowing them to locate small, distant objects by tracking their smell, see clearly over long distances, and track the movements of others even in pitch black conditions by feeling vibrations in the air), Flight, Breath Attack, Shockwaves Generation, Rage Power, Berserk Mode, Acrobatics, Accelerated Development (Training; Physical Stats, Abilities), Reactive Power Level (As a Saiyan, Broly grows stronger every time he fights and can become stronger in the midst of combat, vastly increasing in strength whenever he is mortally injured), Transformation (Can transform into a Super Saiyan, increasing his capabilities drastically), Can possibly create dimensional rifts and even destroy space-time and pocket dimensions with his energy via powerscaling, Resistance to Cold and Radiations | All previous abilities, Paralysis Inducement, Power Mimicry (Copied the paralysis technique from Goku within seconds), Resistance to Paralysis (Got out of Goku's paralysis) | All previous abilities, Danmaku, Limited Space-Time Manipulation (Transported himself and Gogeta into another dimension and shattered multiple of them until they transported themselves back to Earth), Resistance to Heat | All previous abilities, Fire Breath

Stamina: Extremely high. His stamina is much greater than that of an average Saiyan

Intelligence: While he lacks knowledge when it comes to things that aren't related to fighting due to being stranded on an isolated planet, Broly is a competent fighter who learns very quickly as he fights

Weaknesses: Unable to control his own power

Ki: The fighting power and life force of a martial artist, a tangible energy derived from the user's vigor, courage, and mind. It can be used in a number of ways, such as to surpass the limits of one's body to greatly increase in strength, and it can be fired as blasts of energy or used to create defensive barriers. Along with his Saiyan blood, Ki acts as the source of Broly's incredible power and abilities.

Saiyan Physiology: The physiology of a Saiyan, an aggressive warrior race of conquerors. Saiyans have the natural ability to control ki and to fly. While his lifespan is comparable to that of a human, Broly will remain at his peak strength for much longer. One of the most powerful abilities of a Saiyan is their ability to grow stronger and stronger through combat, allowing Broly to constantly push his own limits during a fight and rise to higher and higher peaks in power. This ability grants a substantial boost in power when Broly is badly injured, allowing him to reach a whole new level of power once he recovers.